Lagerinn is one of Iceland’s main home decor and hard and soft furnishing retailers. The company has 11 retail outlets, and its portfolio consists of popular regional brands and international franchises that include JYSK, ILVA, and The Pier.

In 2019 Lagerinn brought in a new management team to improve business efficiency. The mandate, says Halldór Sigurjónsson, Lagerinn’s new Chief Financial Officer, was “to grow the business and make it more efficient by focusing on continuous improvement.” As CFO and Head of IT for Lagerinn, Sigurjónsson was central to the initiative.

Reconciliation of sales from POS

“The first challenge we faced was reconciling sales from the POS credit card settlements. The data process had recurring errors and we needed a way to proactively detect and fix those issues before they became revenue leakages,” says Sigurjónsson. Lagerinn needed a way to find, monitor, track back and eliminate errors at the source.

“I used exMon in a prior role,” Sigurjónsson explains. “I knew where to look for our solution — I've been a power user for the last 10 years.” Implementing the familiar data quality management platform and master and reference data management tool, the Lagerinn team established over 200 exMon controls to enforce data quality, fix source issues and make engineering improvements to their systems and processes.

“We started with monitoring data quality and consistency, then we applied exMon to improve our business and process compliance with notifications that streamline our internal efficiency,” 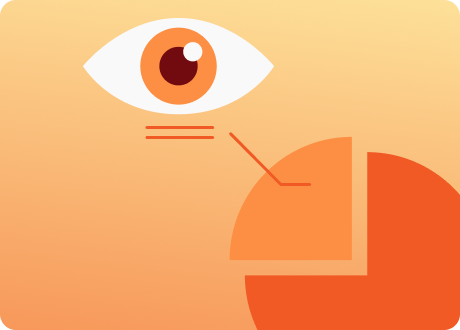 The benefits to Lagerinn extended beyond simply reconciling POS data with the company’s credit card settlement statements. “We started with monitoring data quality and consistency, then we applied exMon to improve our business and process compliance with notifications that streamline our internal efficiency,” Sigurjónsson says.

Providing live examples, Sigurjónsson points to his inbox. “This is notifying me that accounts payable invoices are waiting for approval. Here, I see an invoice that was due yesterday is still unapproved in the system. exMon also sends notifications to stakeholders if credit limits are breached, or if we need to update expired or inconsistent vendor credit information.”

Implementing exMon meant improvements to processes throughout Lagerinn. Again, Sigurjónsson provides a real-world example: “Here is a live list of products we have purchased where the cost in the source currency has increased by 19%. exMon alerts us when we need to increase or amend prices in the system to remain profitable. Before, we needed to proactively monitor the prices to react to similar increases. Now, it’s automatic.”

The retailer’s inventory systems have also seen positive change. “We can see the real-time and historical sales of every store, compare this year to last year, and determine the top-selling products in each store and analyze the difference,” says Sigurjónsson.

In addition to giving Lagerinn easy access to current and historical data, exMon enabled the company to automate time-consuming manual processes like inventory fulfillment and monthly or bi-weekly vendor payments. “It saves us a lot of time. The fulfillment and payment process alone took at least an hour a day to monitor,” he summarizes.

Lagerinn also uses exMon to schedule, coordinate and leverage its data infrastructure. “We have live data cubes on top of Microsoft Power BI,” explains Sigurjónsson. “We moved from a worksheet manually created outside the ERP to having live reports. The availability of this data has been transformational for our business operation.”

An Agent for Change

In Lagerinn’s two-and-a-half-year quest for continuous improvement, exMon has been an agent for change. “Before, people lived inside the ERP system. They were resistant at first,” Sigurjónsson admits. “After the first six months using exMon, however, we started getting requests from stakeholders to receive proactive notifications. It was a shift from ‘This is the way we've always done things,’ to continually working on improving our processes, adapting to and fixing errors, and moving forward. exMon supports and facilitates that journey.”

Sigurjónsson and his team plans to continue applying exMon to improve Lagerinn’s business operations and performance. “It's a fantastic tool for creating and controlling granular data quality monitoring components,” he says. “Alone, exMon fulfills many roles you would normally need a list of tools to accomplish.”

[Blog] What is data quality and why is it important?

Data quality is a critical component of any business. It can mean the difference between making or...

Do's and don'ts for succeeding with data management

Get a great start on your data management project with these "Do's and don'ts" and save time and...

To provide their clients with complex, leading-edge equipment that allows them to produce the...