By automatically monitoring smart meters, a medium sized electric utility in Iceland was able to find over $200,000 in revenue leakage and ensure that the leak was stopped. 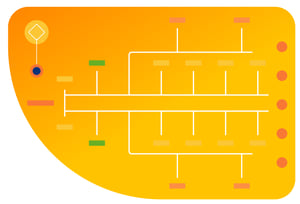 A mid-sized electric utility in Iceland had been deploying smart IoT meters for few years to their B2B customers. The smart meters report usage every hour and the usage is counted against the client's contract.

The CFO reached us at exMon to ensure that the usage would end up correctly on invoices.

The client set up a trial of exMon and connected it to their source data. Consultants from Expectus helped analyze the data and find the main reasons for revenue leaks. After prioritizing the results, three controls were implemented.

Three controls were deployed in the project to ensure that the three leaks above were stopped. Every week the revenue assurance team at the utility company receives notification of all meters that are not correctly defined or are not sending usage data.

The customer estimates that these three controls save over $100,000 in revenue leakage every year.

Would you like to know where your leakages are? Stop losing hard-earned revenue now and prevent bad data from affecting your business book a free demo or sign up for a free trial here.

We will guide you through the first steps towards fighting revenue leakage. Most businesses are...

Manage the risk of costly mistakes in your account payables department with better data management...